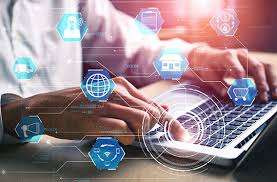 Description: Threat actors continue to target unpatched versions of Atlassian Confluence with public exploits. The vulnerability, CVE-2022-26134, initially arrived as a zero-day last week that affects all versions of the popular collaboration tool. If exploited, the attacker could completely take over the host and execute remote code on the targeted machine. The vulnerability itself appears to be an OGNL injection vulnerability specifically impacting the web server and can be exploited via an HTTP request. It appears that all HTTP methods are vulnerable as well. The exploitation appears to be relatively straightforward and should be resolved immediately either through patching or other mitigations. Although a patch is publicly available, many instances of the software remain unpatched.

Description: The ChinaChopper web shell is being spread as part of the attacks exploiting the zero-day vulnerability in Atlassian Confluence. Attackers exploiting CVE-2022-26134 install ChinaChopper but rarely access it, leading researchers to believe that it’s being used as a source of backup access. The nearly 11-year-old malware allows attackers to retain access to an infected system using a client-side application that contains all the logic required to control the target. Cisco Talos has documented several instances of different threat groups using China Chopper. This web shell is widely available, so almost any threat actor can use. This also means it’s nearly impossible to attribute attacks to a particular group using only presence of China Chopper as an indicator.

Interesting News from Around The Security Community

This is a list of recent vulnerabilities for which exploits are available. System administrators can use this list to help in prioritization of their remediation activities. The Qualys Vulnerability Research Team compiles this information based on various exploit frameworks, exploit databases, exploit kits and monitoring of internet activity.

Description: The c_rehash script does not properly sanitize shell metacharacters to prevent command injection. This script is distributed by some operating systems in a manner where it is automatically executed. On such operating systems, an attacker could execute arbitrary commands with the privileges of the script. The use of the c_rehash script is considered obsolete and should be replaced by the OpenSSL rehash command-line tool. The vulnerability is fixed in OpenSSL 3.0.3, OpenSSL 1.1.1o, and OpenSSL 1.0.2ze.

Description: The HART-IP server component hipserver takes HART-IP messages from its clients and transports the embedded HART messages to various HART application programs. An unchecked memory transfer in the IP interface would potentially allow an internal buffer to overflow. A malicious user could exploit this interface by constructing HART-IP messages with payloads sufficiently large to overflow the internal buffer and crash the device or obtain control of the device.

Description: Thecus 4800Eco was discovered to contain a command injection vulnerability via the username parameter in /adm/setmain.php.

@ The information contained in this newsletter, including any external links, is provided “AS IS,” with no express or implied warranty, for informational purposes only. Original Info come from SANS.

This website uses cookies to improve your experience while you navigate through the website. Out of these, the cookies that are categorized as necessary are stored on your browser as they are essential for the working of basic functionalities of the website. We also use third-party cookies that help us analyze and understand how you use this website. These cookies will be stored in your browser only with your consent. You also have the option to opt-out of these cookies. But opting out of some of these cookies may affect your browsing experience.
Necessary Always Enabled
Necessary cookies are absolutely essential for the website to function properly. These cookies ensure basic functionalities and security features of the website, anonymously.
SAVE & ACCEPT